The four key report findings relating to mutuality are outlined below:

It can be difficult to communicate an abstract concept to consumers without providing tangible proof-points, which may explain why most building societies consider mutuality to be more of an internal conversation that influences culture and decision making, rather than being seen as a customer facing proposition.

In support of this finding, 70% of online survey respondents confirmed that mutuality is “acknowledged but not understood” by members and 99% of building societies that responded to the survey agree that mutuality is less about the concept and word itself and more about the culture and values held by each society and its employees, a finding also strongly supported by the CEO interviews.

One tangible example of mutuality that was given by a number of CEOs was the societies’ ability to cater to underserved markets through specialist lending products and provide long-term value for savers.

93% of building society respondents to an online survey stated that mutuality impacts strategic and operational decision-making, a sentiment echoed by over half of the CEOs interviewed (67%). Due to the mutual structure and the absence of the requirement to create shareholder value, leadership teams have the ability to make decisions that are purely for the benefit of their members. This does not mean to say that the sector does not acknowledge their need to be commercially viable, but unlike privately owned companies whose decisions are often governed by the constant pursuit of growth and profit delivery, building societies can make more considered decisions that are based on long-term sustainability.

In support of this, recent research by the BSA found that the sector consistently outperforms competitors on a number of service metrics with trust being one of their key differentiators (81% against the banks’ 68%). Therefore, suggesting that decision making is primarily focused on member benefit and as a result, members appear to reward the sector with their loyalty and trust.

The ethos that underpins mutuality is well aligned with the increasing focus on ethics, sustainability, and purpose in society in general

There is a wider move in society towards ethical business and sustainability. A study by Deloitte found that as a consequence of Covid-19, there has been over a 20% increase in the interest and engagement of banking providers social responsibility policies, even taking precedence over interest in environmental policies.

In support of this, the recent research by the BSA also found that 40% of people would prefer to deal with a business that has a strong reputation for good conduct, double that of four years ago (20%), and the highest proportion of people that agreed with this sentiment were aged between 25–34.

This, along with the fact that ethical consumer spending has also almost quadrupled from £11 billion in 1999 to £41bn in 2018, would suggest that as more people become committed to the ethical business agenda, building societies, as mutual organisations, are well placed and aligned to a social purpose agenda, reflecting the direction that society is moving towards. Therefore, this offers the opportunity for societies to reflect on their social purpose and positioning, and potentially increase their attractiveness and competitiveness, especially in relation to a younger demographic.

A final tangible example of mutuality that was highlighted during the CEO interviews was the sector’s contributions to society during Covid-19 and the support that each building society has given to its local community. For example, all building societies with branches kept at least one branch open during the pandemic, despite the cost implications and significantly reduced staff levels.

Further examples that were given include offering transport to vulnerable members who could not get to their local branch, making financial donations to hospitals to fund PPE and medical equipment and providing a drive-through cash access facility; all of which were mentioned within the context of mutuality.

In summary, and having completed the analysis through the report, and taking these four key findings into account, we believe that there are a number of key questions for societies to consider in respect of mutuality, as outlined below:

The related topics of strategy, mutuality and technology are covered in more detail in the report, which you can download the report via the link below.

The research underpinning the report was conducted by Whitecap Consulting in partnership with the BSA, and involved a quantitative data analysis of all 43 building societies, interviews with 33 of the building society CEOs, and an online survey which received a total of 134 respondents.

The eight blogs in this series will focus on key topics addressed in the research: FinTech, Strategy, Mutuality, Regionality, Technology, Mortgages, Savings, and Open Banking. 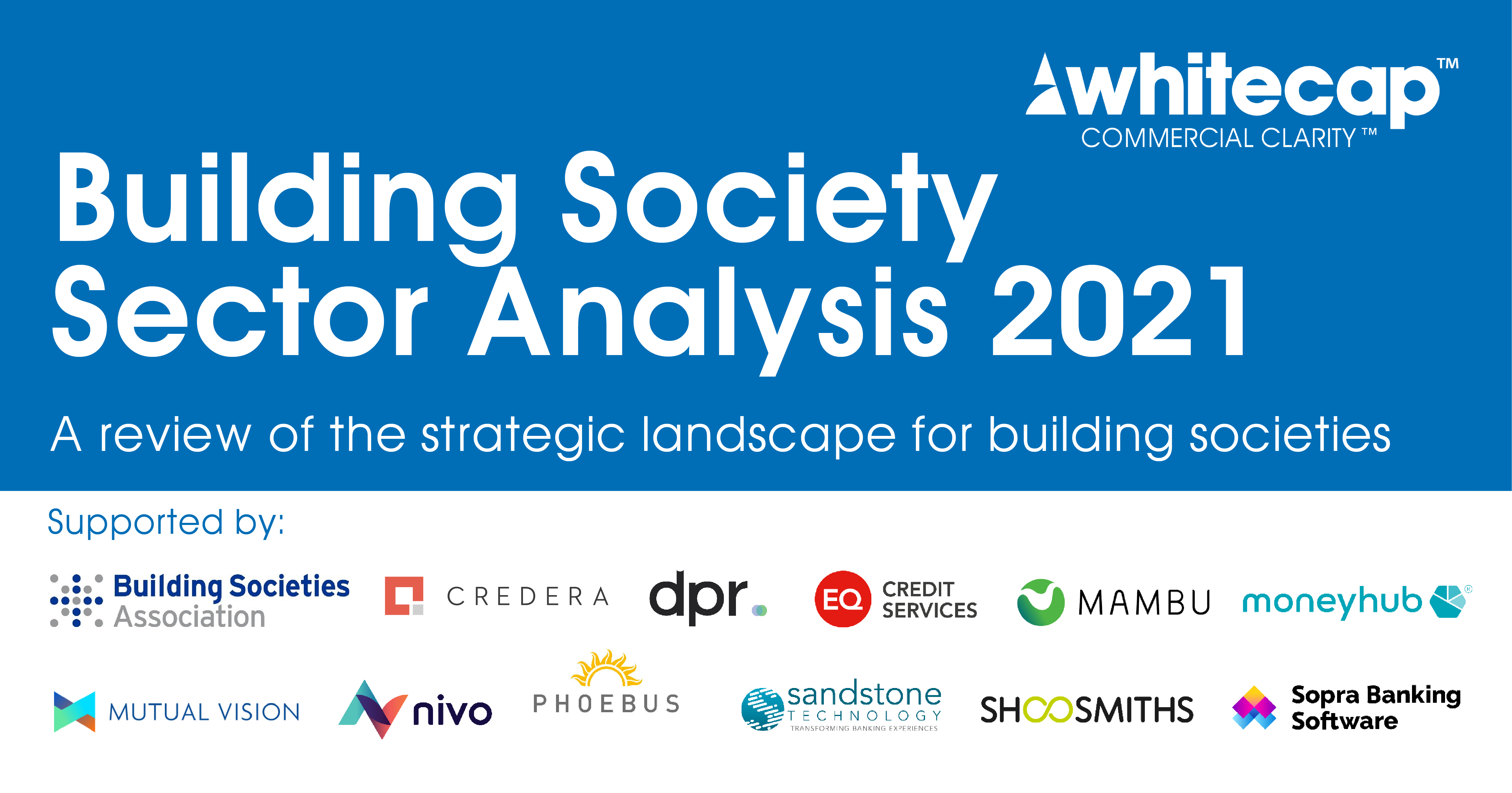 Did you find this helpful? Why not share this:

Back to all Insights